HomeWho We AreHer Story
A- A A+

In 1858, a time of extreme social injustice, women and minorities faced horrible working and living conditions. They lived in a system designed to keep their voices unheard. But someone did hear: other women. The women heard the calls, saw the needs and took action. They banded together to create alliances and formed the YWCA. The YWCA became a force to empower others. Some of the early actions were:

Since the beginning, the YWCA has stood for the elimination of racism and the empowerment of women. For more than 150 years, the YWCA has always:

Today, our mission remains, locally and nationwide, to work for peace, justice, freedom, and dignity for all people.

The YWCA of the Sauk Valley’s 94 year history is proud, and our achievements are countless.

The Sauk Valley area can always count on the YWCA to help make our community stronger and our future look brighter.  Established in 1924, the YWCA of the Sauk Valley is one of more than 200 YWCAs across the USA, and many more worldwide, that are dedicated to eliminating racism and empowering women.

It’s simple.  We make a difference every day.  Come and connect with us and be a part of a brighter, stronger future. 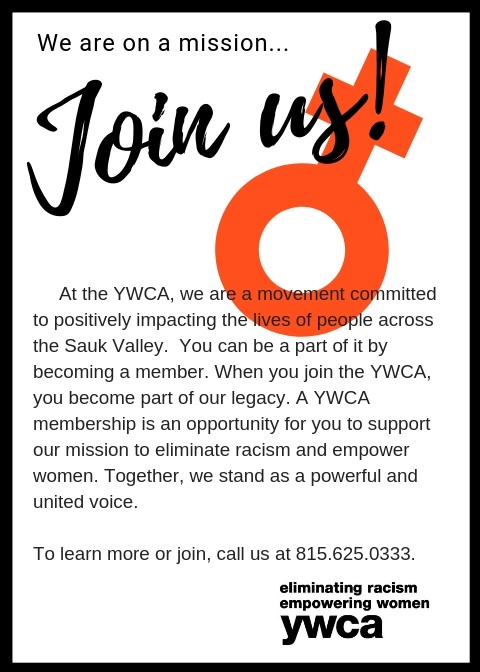